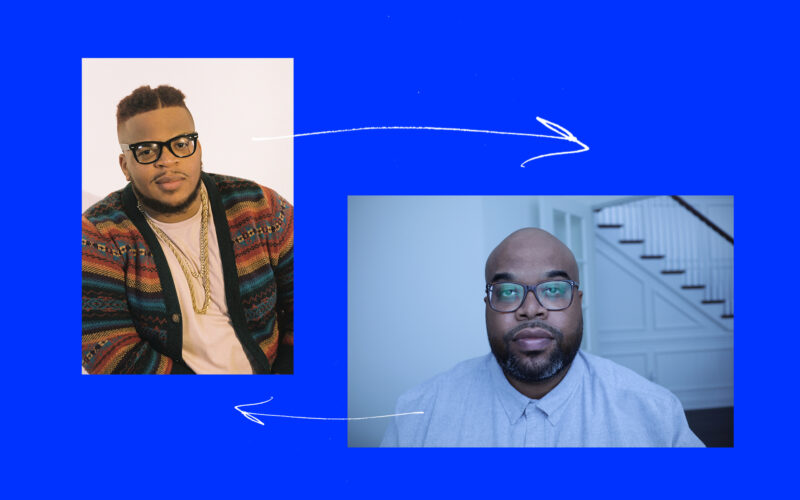 Today, we’re proud to feature a conversation between Wes Pendleton and John Smythe.

The two joined the Splice family in March 2020 via the acquisition of Soul Surplus, a sample label founded by Pendleton where Smythe worked as a sound designer. Pendleton currently works on Splice’s Content Innovation team as a Strategic Project Manager, where he oversees initiatives around expanded content licensing opportunities and helps define and document Splice’s approach to new content technologies. Smythe is a Senior Content Producer supporting many of the labels in the Splice Sounds library, including Diaspora.

Read on for a glimpse at what life at Splice looks like for creators, the story behind Diaspora’s cultural foundation, and the importance of authenticity in sample culture.

The conversation has been edited for length and clarity.

A shift in perspective towards the bigger picture

Wes Pendleton: Tell me about your transition from working for Soul Surplus to coming to Splice.

John Smythe: At Splice, Soul Surplus is a six-person team, and this was my first experience working in a company this big. So taking our six departments and spreading them over what was 150 people at the time was probably the biggest thing to get used to. But I think once I learned how to see how big the team was and then slow it down, that’s when things became easier for me.

I was essentially doing the same work, but the cool thing was being able to now contribute to more than just Soul Surplus—something like Diaspora, where there are multiple genres and different packs on the same label. So with Soul Surplus, I was the artist, and with Diaspora, I’m more so like the Dr. Dre, where I’m not even really producing everything, but rather just sort of overseeing everything. Every once in a while, I have my hands in a mix or I’ll be executive producing a pack. But maybe the biggest thing I learned in my first year at Splice was taking my hands off, stepping back, and being okay with overseeing everything.

Recognizing the influences and origins of sounds

Pendleton: When it comes to creating compositions, what are your main inspirations as they pertain to Diaspora?

Smythe: We cover so many different genres, so it’s hard to name just one… Two of the first packs I worked on were Classic Riddims and 1804: Kompa. Classic Riddims is a dancehall pack in the style of the early ’80s, and at the time I was very influenced by Sister Nancy, Yellowman, Barrington Levy—really that flavor of dancehall, where it didn’t quite evolve into what it became in the ’90s. It was still sort of reggae, but really being influenced by that. And with 1804, honestly the influence is me going to Brooklyn and going to Flatbush Junction or taking a 2 train up to Church Ave and experiencing everything at the same time. That’s really Diaspora. The Labor Day Parade, being in Brooklyn on Labor Day—that’s really the inspiration.

Pendleton: Can you speak on why Diaspora is so important as a label?

Smythe: I think Diaspora is extremely important because it not only culturally represents a lot of genres that I think are forgotten, but also represents genres that don’t get their just due. I think that listening to some of the most popular songs that we’ve heard, like “Shape of You” or “Despacito”—these are all taking inspiration from genres created by people who belong to the African diaspora. These are genres like dancehall, reggaeton, boogaloo—like, Cardi B’s “I Like It” is an obvious sample of “I Like It Like That.” I think it’s time for people to really understand what’s being sampled or being directly influenced by these genres and these cultures.

The most important aspects of sample creation

Pendleton: What do you love most about being a label lead at Splice?

Smythe: The freedom. I think that’s also what made the transition easy—I have the freedom to basically do whatever kind of pack I want to. Now, of course with that freedom comes a responsibility, because even though there are certain genres I like more than others, I can’t just go and make 30 packs of the same genre because I like it. But, there is freedom to explore certain genres that are maybe on the fringe or less popular. That’s probably the thing that I appreciate the most.

Pendleton: Gotcha. And keeping the end user in mind, what do you think are the most important aspects of sample creation?

Smythe: Seeing how you would use these samples yourself is the most important thing. Are you in this community? Do you know what people in this community are looking for? That’s the difference between good samples and samples that are just kind of drag-and-drop. I think there are times where you can make things that you know not everyone is going to get, but it’s rewarding when people understand what you’re going for.

Pendleton: Community is such an important aspect of any product that you’re releasing, but I feel like the sample community and sample users community are particularly specific and niche. Can you speak on the importance of understanding these people and the ways that they’re thinking, and their purpose for using the products that we create?

Smythe: An experience that really helped me understand our customers was before joining Splice, on the Soul Surplus Instagram page. Whenever I would get tagged from the team, the followers of Soul Surplus would also follow me, and I followed a few of them back. And I would see how they would use the samples, what they would loop, and the kinds of things they liked, and it always shocked me.

Pendleton: It honestly really always shocked me, but it informed my process and how I created. For example, I knew people love the sound of the Roady, as weird as it is. I was just thinking about it today. This thing, it does three sounds, but for some reason, people just like it in a certain way. People like the sound of a nylon acoustic guitar with a classical guitar sound. And I think it’s important to know that you don’t always have to spoon-feed people every single thing that they want all the time. Because on one end, sometimes people don’t know what they really want until you show them, but at the same time, it’s good to learn from them too.

Find authentic and high-quality sounds from the African diaspora: 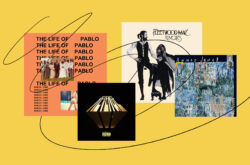 The 4 different elements of texture in music production

Let’s explore four elements that will allow you to more deeply explore and apply the concept of texture in your music.