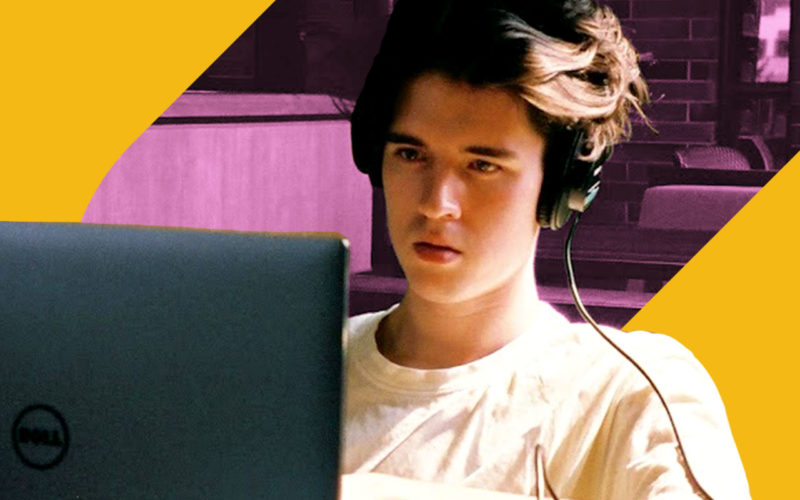 Listening to the sibling duo’s music feels like navigating all types of currents – the upbeat jazz breakdowns of some tracks contrast the dreamy ambiences of others. Tennyson masterfully craft interesting compositions with equally inventive sound design, due in no small part to creative programming, sampling, and arrangement. To celebrate the release of their sample pack, we sat down with Luke Pretty of Tennyson to discuss his sound design process, studio setup, inspirations, and more.

To start, can you tell us how you got into producing? At what point did you start messing around with a DAW and experimenting with sound design?

When I was three years old, my mom’s friend gave me a bootleg CD of ReBirth RB-338 (which I still have). I obviously had no idea at the time, but the program is an emulation of two TB-303s, a TR-808, and a TR-909. I figured out how to mess with the default patterns that it opened with and what most of the knobs did, but I never got “Song Mode” to work. I remember feeling very frustrated. When I gave up, I would load up each of the demo songs. Watching all the tiny knobs move by themselves only made me more frustrated.

I’m using Ableton Live 10 on a laptop and some plugins from Pro Tools that I can’t do without. I have the ugliest pair of monitors, JBL 4208s, and a subwoofer that I looted from my dad’s defunct home theater. I used to work underneath a bunkbed, which sounded amazing, but the bed started to drive me insane. So last summer, I built sound panels and bass traps out of rock wool insulation.

Contrast seems to be the name of the game with Tennyson tracks – grand symphonic sections collide with jazzy breakdowns. How do you approach your mixdowns?

The disparate sections are a result of my boredom with the song, but I’m not sure if it’s a great way to convey emotion. Lately, I’ve been experimenting with making songs that stick to one set of tracks.

I feel like I’ve been losing my natural instincts about mixing and composition (my brain’s planned obsolescence). I have to replace them with theories by overanalyzing everything. What I’ve learned is that every sound performs a function, and quite often has a wordless meaning, seemingly linked with the part of the brain that tracks objects and their interactions. I think that treating sounds as objects having conversations is the difference between good and bad mixing – it’s not about sounds being too loud or soft, or where they should be panned.

Are you the type of producer to hone in and spend countless hours on single songs, or do you experiment en masse with new demos all the time? How long does it typically take you to finish a song?

I go back and forth between spending a week or two making a bunch of five-second demos and working on the ones that stick. For some reason, I can only work on one song at a time. I use a program called ManicTime which tracks how long I spend on different applications. The last few songs took around 75 – 100 hours, or 10 – 14 days.

You’ve sampled everything from the Arthur theme song to the seatbelt warning sound. How much of a part of your creative process is sampling? What are some of the oddest things you’ve sampled?

I use less and less MIDI tracks with every song. I love playing with audio from different sources. Working with imperfect materials is also very liberating. The first time I sampled anything, I was trying to imitate Boards of Canada. I would use 70s TV commercials that you could download from the Prelinger Archives.

I spent last winter streaming on Twitch. A few times, I made music using only samples that viewers submitted. I made bass sounds out of people imitating Minecraft sounds and synths out of Crazy Frog. Because of the streams, I have a huge folder of some of the strangest things I’ve ever heard, which I still use.

Do you have a go-to synth you use for leads, pads, or basses? Where do you typically source your acoustic instruments and drum sounds?

The only synth I’ve ever used is Massive – I’m convinced you can recreate any sound with it. I’ve stolen so many of my favorite sounds from Aphex Twin, Caribou, and Lapalux. Sometimes, I use Live’s Simpler to make synths by looping microsecond samples (it doesn’t matter what you use when the loop is that small). I use a few Kontakt libraries, including Alicia’s Keys and SessionStrings.

My snare sounds are taken from drum breaks. I use Massive for sharp percussion stuff. I use Freesound and Splice a bunch, but most of my percussion sounds are from world music recordings.

What do you consider an essential plugin to your productions?

AIRReverb. Every project of mine probably has 50 instances of it. It’s pretty crap for large room reverb because it doesn’t have any pitch modulation, but if the room size is set anywhere from 0 – 12%, it performs actual magic. It’s what I use to pan in 3D, and also makes the mix sound really clean despite adding a bunch of tiny reflections.

Your latest EP Different Water presents a myriad of compelling soundscapes and textures. Is there a certain layering effect or approach you have for achieving your organic feel?

Tell us about how you break down tracks for your live performances. How do you and Tess approach recreating the complex drum rhythms in your tracks?

The live show now is its one and only iteration. It’s slowly growing and changing, but in a disturbing amount of ways it’s set up exactly like the very first show we played. The first thing I do is mute all the drums and anything non-melodic like rain and white noise. Then, I listen to what’s left and work out how to play as much of it as possible. I move anything I can’t play to a backing track group. It’s the same process for Tess’s part, except I have to do a lot more guesswork for what she can handle. Most of the time I vastly overestimate how many arms she has, but I don’t find out until after she learns how to play it somehow. It takes about four days of binge working to set up, and then another week to learn and rehearse the parts.

Get a taste of Tennyson’s breathtaking “Different Water” sample pack. 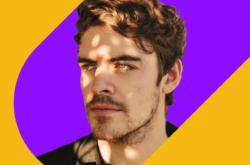 Producer and sound designer Ryan Hemsworth sat down with us to discuss his creative process, new sample pack, and more. 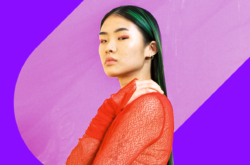 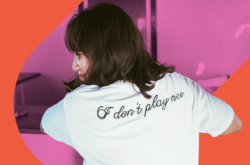