How Taylor Swift is redefining legacy with her re-releases 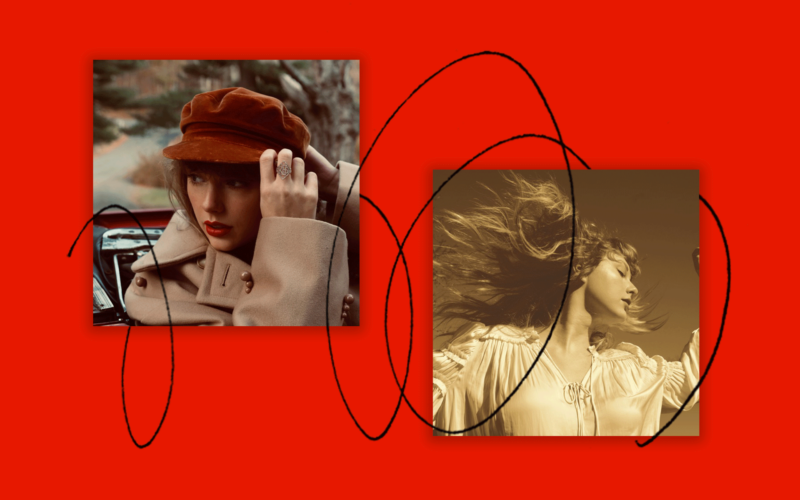 With her recent “Taylor’s Version” re-releases of Fearless and Red, Taylor Swift is forging a path that few other artists of her caliber have navigated before.

Those who haven’t been actively following Taylor Swift over the last few years may find themselves confused. How can an artist simply re-record an album released under a previous agreement? In this article, Pitchfork explains the implications of who owns the rights to master recordings in Swift’s case, and how that differs from owning the rights to the compositions themselves.

Essentially, when Swift signed to Big Machine at the age of 15, she promised them six albums and they would own the masters to each one, but since she either wrote or co-wrote on every track, all of the songs were hers. Once she had learned her masters had been sold by Big Machine, she decided the only way for her to truly own her music was to re-record her songs. She would make new one-of-a-kind recordings under her new agreement with Republic Records, which would allow her to own all of her masters.

The context is important to some, but one of the most fascinating aspects to musicians is the idea of one of the world’s biggest artists re-creating her work 9 and 13 years after release, which has already challenged industry expectations…

Fearless was originally recorded and released in 2008. The album starts off hopeful, narrating a string of imaginary romances with the first four songs. But by the time we get to “White Horse,” heartbreak and let-downs take the stage for most of the album (“I was a dreamer before you went and let me down”). Eventually, the focus shifts to Swift’s mother on “Best Day,” where she thanks her for saving her from rejection. It’s a tender relief from all of the previous disappointments. The album closes with “Change,” a vow to beat the odds at any cost.

Swift’s voice is obviously that of an older woman on the re-release, but I have a hard time calling it ‘more mature.’ We’d never say this about a man re-recording a record 13 years on. There’s nothing less mature about the original Fearless, but being only a few years older than the girl in “Fifteen” might make it a lot more relevant.

Even then, Swift has admitted to leaning into imaginary drama for the sake of performance. But, the fact remains that Taylor Swift (31 at release) couldn’t possibly relate in the same way. That said, even if she’s simply acting out every page of her diary, there’s still something special to the way she re-tells it. In essence, she was doing the same thing at 18 but with less hindsight. In reality, growth from 15 to 20 isn’t linear; there’s an exponential value that doesn’t exist in your 30s. So, it’s no surprise that she’s just as confident in the material as she was then, but one can’t help but notice that her delivery imparts a different kind of wisdom here. There’s a warm mixture of nostalgia and pride covering what was formerly youthful glee. And that’s not a comment on quality—the high-school world created on the original Fearless rings just as real and true as any of her recent albums.

19-year-old Taylor Swift is sorting through the messy world of teenage feelings (“Did I say something way too honest?”), but 31-year-old Taylor sings from the future like a prophet (“Take a deep breath, girl”). Swift seems fine with Fearless being mostly a time capsule. Despite the upgraded mixes and absence of twang, you could easily lose track of which version you’re listening to if you switched back and forth.

Red is debatably the most anticipated re-recording of the Big Machine set. It was the first solid offering of real-life drama which set both the tabloids and Swifties to work to get the dirt.

Specifically, this release seemed to dictate how the media would engage with Taylor Swift henceforth. Apparently, if she wasn’t a woman scorned, they didn’t know what to write about. Rumors and stories swirled after the release, but what more could we need beyond the words offered here? Swift always had the uncanny ability to create something honest out of imagined circumstances, but the dissolution of a very real relationship gave her superpowers. We had breakup songs before, but listening to this album, the “him” in every song becomes everyone’s mistake. You would think re-capturing the magic of 2012 wouldn’t be easy, but then you’d be underestimating Taylor Swift.

The sonic difference is apparent from the start. On Taylor’s version, the drums in “State of Grace” explode. The audible, unforgiving pumping creates a pronounced divergence from the original. When Swift arrives, you can’t help but notice the extra growl and push. Whatever opinions one had on the hyper-targeted subject matter (he who shall remain nameless) are irrelevant—on the album she considered her “only true breakup album,” Swift is doubling down.

Red aimed to fully embrace the pop sound the country crowd seemed allergic to even in the most subtle forms, but the vocals still kept a decent dose of Nashville tilt. To my ears, the re-recording is an edgier blend of twang and rock. But still, she doesn’t re-sing so much as re-lives these songs.

This is especially apparent on “All Too Well.” The original version has a rough and scrappy quality; you could hear it being performed in a garage. Meanwhile, the new version sounds stadium-ready. What once started as tender and maybe even mournful in the original feels more matter-of-fact in the new version. Of course, this only lasts so long before Swift blasts into overdrive. Once she takes off, there’s no turning back.

What’s even more impressive is how well she maintains this energy on the bold and moving ten-minute version of the song. Instead of driving, it’s sweeping and expansive. It’s hard to not get chills as it unfolds. But, it’s also balanced by perfectly petty lines like “Every time you double-cross mind.” There’s a reason the track has nearly four times as many streams compared to the rest of the album (~257 million). I’m sure making a short film to pair it with didn’t hurt either.

Despite being a classic album, Red is notoriously uneven; tender moments are often interrupted by maximalist pop excursions. And while some of these are brilliant earworms and wholly relevant to the narrative, without them you’d have a near-perfect through line. The re-recording of the big three pretty much mirrors the originals; even the room-recorded breakdown in “We Are Never Ever Getting Back Together” sounds like it was flown in from the 2012 session (it likely wasn’t). But these songs leave less room for re-interpretation, so it’s hard to ask for more.

The original Red is raw heartbreak put to tape. The shaky tones of Taylor’s voice were a necessary magic, and even if they feel a tad less vulnerable, there’s nothing less effective about them. Looking back at “22” with clear eyes… Swift makes it obvious that she meant every word.

What album are you looking forward to hearing Taylor Swift record next? 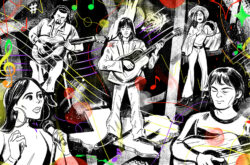 Cosmic country: What it is and why it will always be relevant

Learn about what cosmic country is, the influential musicians who’ve shaped it, and why the genre will continue to be relevant for the foreseeable future. 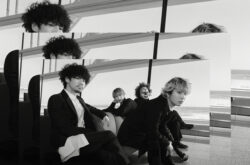