Di Genius is a GRAMMY-winning music producer who has worked alongside the likes of John Legend, Shakira, and Damian Marley.

While he’s best known for his dancehall productions, Di Genius has experimented with a wide array of sounds and styles over the years. In celebration of the recent release of his sample pack, the veteran producer sat down with us in the video above to share six timeless production tips that you should know, regardless of the type of music you make. Check it out to hear how each tip applies in action, and see below for highlights.

1. Create presets before your sessions

“Presets definitely come in handy, especially during the days where you’re not feeling your most creative,” Di Genius tells us. “You’ll have sounds and stuff that you’ve already saved and already liked, so they’ll sound attractive to your ears from just hearing them that first time. Your presets could be different plugins that you already like, specific sounds in those plugins, different effects, etc.”

Go to 0:19 in the video to see how Di Genius organizes his own presets in the DAW.

Most DAWs come with a sampler that allows you to easily create entirely new instruments out of one-shot samples. “You can just take one sound—a bass note, guitar note, or something like that,” Di Genius suggests. “It keeps it fresh, because sometimes you’ll get used to your presets, but the one-shots will give you a different starting point.”

Go to 1:02 in the video to hear more on this technique.

3. Transpose the key of your entire production

“This really, really helps, especially when you’ve been working on a beat or a song for a really long time,” Di Genius explains. “Transpose the pitch of the entire beat. I do this all of the time when I’m working, because you’ll be listening to a track in one key, and it’s cool, but then you start getting ear fatigue. When you flip the pitch on it, it can give things a whole different vibe. Or, it might help the artist you’re working with hear themselves better, too.”

Go to 1:54 in the video to see Di Genius apply this tip in the DAW.

4. Add variation to your drums

“Adding variation to your drums is super important, especially with music that’s heavily influenced by movement like dancehall,” Di Genius tells us. “You want to have the drums do a lot of the heavy lifting, because that’s going to determine how people move, and sometimes the drum patterns can get monotonous.”

Go to 3:05 in the video to see how Di Genius adds variation to his drums while maintaining structure.

5. Take the time to learn your software

“Have days where you’re not just making beats, but taking the time to learn the software you’re using,” Di Genius says. “This will help your efficiency when you’re actually in a session with someone.”

Go to 4:18 in the video to learn more about how Di Genius approaches continuous learning.

6. Study the art of song structure

Go to 5:45 in the video to hear Di Genius’ suggestions on how to learn more about song structure.

What was your favorite insight from the video? Do you have any key production tips of your own? Let us know in the comments section of the video, and subscribe to the Splice YouTube channel for more tips and tutorials.

Incorporate Di Genius’ sounds into your own productions: 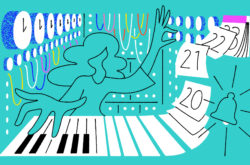 Don’t let too little (or too much) time stop you from being creative – here are four time management strategies that can help enhance your productivity. 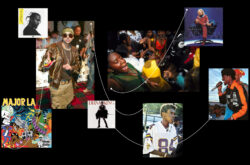 Beyond dancehall: Exploring its influences, impact, and identity

Let’s take a look at the history, culture, and state of dancehall, a constantly morphing genre of Jamaican popular music. 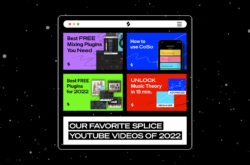 We’ve highlighted 14 videos from the Splice YouTube channel that were among our favorites in 2022.