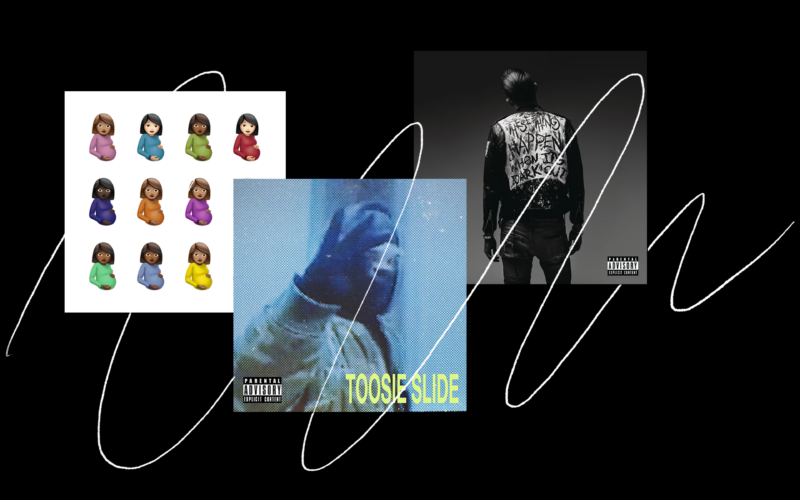 While he’s best known for his trap beats, OZ’s chart-topping success has allowed him to collaborate alongside a wide range of artists spanning everyone from G-Eazy and Drake to Khalid and Tinashe. In celebration of his recent sample pack release, below we take a look at three tracks from varying points in his career and analyze how he utilized different sounds and production techniques to best serve each artist.

The opening song of G-Eazy’s When It’s Dark Out, “Random” is a hard-hitting track that tells the story of how the rapper’s rise to fame was the result of hard work rather than chance. OZ is credited as the sole producer, and his instrumental work serves as a key ingredient in delivering the unapologetic high energy of the track.

While OZ often composes beats that are driven by the closed, rolling hi-hats that are a staple of trap and hip hop, in “Random” he chooses to emphasize an open hat instead that outlines quarter notes rather than faster subdivisons. The result is a bold groove that feels more like a heavy rock beat that could’ve easily been played by an acoustic kit, which really goes a long way in bringing an anthemic power to the track. The relentless choir sample and pitch-bending synth hook also combine to bring a cinematic yet modern feel that helps further heighten the energy.

OZ considers the track to be one of his first big placements, but at the point of its release he had already been diligently producing beats for nearly a decade. In that sense, the narrative of “Random” is as fitting for the now-iconic producer as it was for G-Eazy.

Released in April of 2020 at the height of the world struggling to adjust to social distancing measures, Drake’s “Toosie Slide” helped bring the online community together with an infectious song and dance that seemingly encouraged everyone to “dance a little bit right now, even if it’s just by ourselves.”

OZ’s production is quite minimal here, especially compared to something boisterous like “Random”—a beat comprised of tight hats, understated snares, and bouncy kicks drives the momentum of the track, but there are no major change-ups or fills aside from an occasional cut-out and re-entrance. A droning pad and melodic synth line blend together seamlessly, but ultimately serve as a bed for Drake’s vocals instead of demanding attention for themselves.

With “Toosie Slide,” OZ shows that he has the experience and discipline to exercise restraint and best serve the song rather than himself. Especially with the chorus, where Drake outlines how to do the dance, the listeners’ attention needs to be on the vocals rather than something flashy going on behind them—and OZ makes sure he creates space rather than takes it in the moments that matter most.

One of his most recent productions, “Girls Want Girls” is another Drake track OZ crafted—but this time alongside peer hitmaker Ambezza. This song demonstrates OZ’s ability to adapt and collaborate with other producers while also still letting his own flavor shine through, which can be heard in the drum arrangement as well as the general i-v harmonic language.

Also credited for an array of other entries on Certified Lover Boy (“Love All,” “Fair Trade,” and “No Friends In The Industry”), OZ has cemented himself as a go-to producer for Drake—which is a testament to both his talents as well as his ability to be a top-notch collaborator. Regarding “Girls Want Girls” in particular, OZ recalls to Billboard, “I sent Drake the beat, and he right away told me this is a smash and that he went crazy on it. He sent it back to me, and from there I knew this was going to be a special one too. The rest is really history. He went and hit up Lil Baby and he got on the song.”

It’s been interesting seeing OZ both evolve and expand his sound over the years, and it’ll be exciting to see where he takes it next. What’s your favorite OZ production? Let us know in the comments below.

Incorporate OZ’s hard-hitting sounds into your own productions: 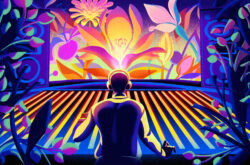 How to succeed in the studio as a music producer

We explore eight key concepts for how to succeed as a music producer when working alongside other people in the studio. 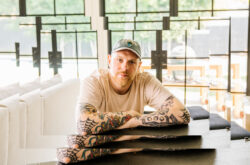 We examine tracks by Vince Staples, Joji, and Ed Sheeran that Kenny Beats had a hand in and break down how he applies different sides of his musicality to best serve each artist.