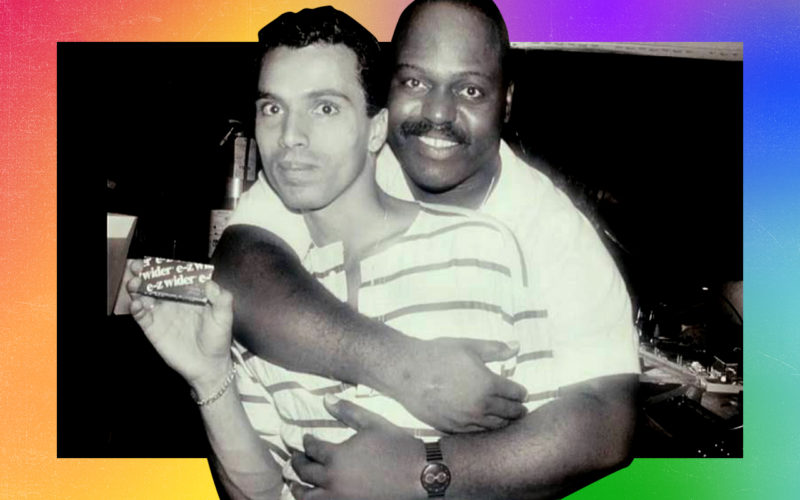 It was a late night in 1971 after a show at Stage 45, and DJs Frankie Knuckles and Larry Levan happened upon a parked pastry truck.

At that point in their careers, both had graduated from regular gigs at the Continental Baths – Levan had made a name for himself at The Loft and Knuckles was DJing regularly as well. That night, hungry and seizing the opportunity for some free food, the best friends lifted a few bags of donuts and ran – right into a police car. Arrested and sent to Spofford Juvenile Center in the Bronx (with their parents refusing to bail them out), Knuckles was panicked and distraught. Levan was unphased. But then by chance, a juvenile counselor approached the duo – a man they recognized from the parties they played, named Robert Williams. In a few years, Knuckles (who passed away in 2014) and Williams would change music forever at a club called the Warehouse. 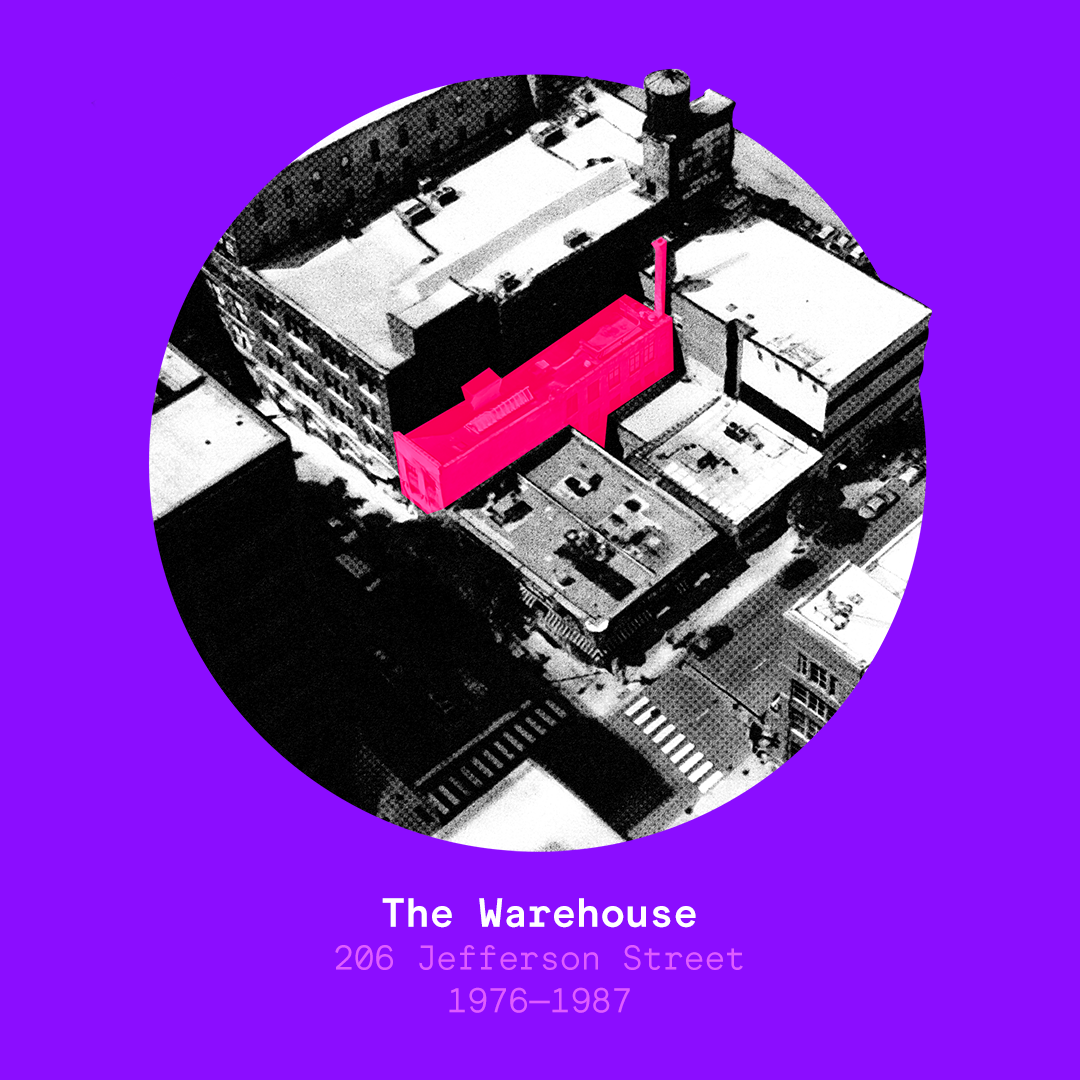 If you were in downtown Chicago, you probably could have walked right by the Warehouse and never noticed. But come nighttime, the former factory came to life as a place where young predominantly black and predominantly gay men came to dance in an otherwise heavily segregated club scene. At the helm of the DJ booth was now musical director Frankie Knuckles. The funky tracks, meshed with relentlessly hard-hitting 808 kicks, embodied a new sound: “house.”

Prior to starting the Warehouse, Robert Williams was a regular attendee of several NYC queer staple clubs including The Gallery, Better Days, and David Mancuso’s The Loft, where he met Knuckles and Levan. Finding the club scene underwhelming, Williams left New York for Chicago in 1972. Inspired by The Loft’s invitation-only, alcohol-free (but drug-heavy) parties, alongside several former fraternity brothers Williams founded US Studio, a space on South Clinton Street. A number of police shutdowns and inspections soon caused US Studio to fold. In 1976, however, he and his partners came across a nondescript, white brick building with blacked out windows in the industrial part of downtown. The former factory was perfect. In June of that year, Williams signed the lease at 206 Jefferson Street and started hosting parties at the newly christened Warehouse.

Williams went in search of a musical director. Disco was still popular among gay and black clubs, but anti-disco movements, rooted heavily in racism and homophobia, arose all across Chicago. He decided to call up his old friends from Spofford Juvenile Center – Frankie and Larry. Levan, on the heels of starting a new club (the eventual Paradise Garage), turned him down. Knuckles, however, was interested – but only kind of.

“I had to offer him a roundtrip ticket and pay him to fly out,” Williams recalled to Red Bull Radio in 2018. “It’ll be your club,” he told Knuckles upon his first visit. Williams would handle the business, and Knuckles the music. Knuckles attended the grand opening in March 1977, but resisted moving out permanently. Only once he gained a bit of a following did he decide to make the permanent move. In July of 1977, he packed his bags and moved into the Warehouse – literally.

“When I first moved to Chicago [in 1977],” Knuckles recalled to Red Bull Music Academy in 2011, “I lived there in the building for maybe the first two years. It was in a remote part of the city that had been abandoned because so much industry and business had moved out… I had to travel so far out of the neighborhood, just to get groceries and things like that.” Growing up in New York City, he was surprised how segregated Chicago still was. “The only place where you found different colored people living together was on the north side of Chicago like Newtown, that type of area, which is where I [moved],” he told DJhistory.com in 1996. “It bothered me at first, when I didn’t see enough white or other races on the dance floor at the beginning, and then I realized… I had my job cut out because I had to try and change that.”

Like The Loft, the original Warehouse was membership-only and alcohol-free. Regular attendees packed the halls, wanting to partake in the increasingly popular parties which could see up to 450 dancers at a given time. There were three levels: reception upstairs, downstairs, and an additional basement party as well. There was a custom lighting and sound system. The Warehouse was a juice bar, so no alcohol was served. The parties only happened on Saturday nights through to Sunday afternoons. Although originally populated by a black, gay majority, Williams was eager to create an open, diversified space. “The Warehouse was predominantly gay,” Williams recalled. “But some of the heterosexual members came and wanted to become guests. So the membership grew, which was a good thing. It taught Chicagoans how to network interracially. The more you attended, the more you became part of a family.”

DJ Craig Cannon, another Warehouse staple, shared Williams’ sentiment on Resident Advisor in 2012. “My fondest memory is the mixed crowd,” Cannon said. “Racially, ethnically, sexually. That was the best thing. I hit on all the straight guys, unbeknownst to me.”

The sound of the Warehouse, from disco to house

Disco had waned in popularity, but its spirit lived on in the Warehouse. Knuckles’ choice tracks included “Mainline” by Black Ivory, First Choice’s “Let No Man Put Asunder,” and tracks by Grace Jones, Giorgio Moroder, Yoko Ono, and more. “It was such a wide variety of music that I used to play there because it wasn’t all just R&B and soul,” he remembers. “I mean, a little bit of reggae around the edges, some really deep soul – I mean, it was some of everything, literally everything.”

However, much of the music didn’t fall on a 4/4 groove – a quintessential meter of the dance floor. Frankie was the great curator of many genres, but jumping from sound to sound meant different grooves, different BPMs, and nothing to glue it all together. Enter DJ Jesse Saunders’ “On and On.” Inspired by the work of Knuckles, Saunders aimed to marry a funky, soulful disco track with a hypnotic electronic beat. Many records at the time included a locked groove (a drum loop to close out the track that made for easier mixing), but Saunders expanded on the idea by adding a Roland 808 drum machine, a TB 303 bassline, and a Korg Poly 61 to the original track built on Space Invaders’ “Player One.”

“I just wanted another version I could play in my DJ sets,” Saunders told DJhistory.com in 2013. “A friend at Importes Etc. [a local record store] told me that he could sell lots of ‘On & On’ if I released it. That’s when the light bulb came on… had no idea of the magnitude because in those days, there was no internet to gauge it by. It caught me completely by surprise!”

The birth of house music

A new sound was invented – pulsating, electronic kicks married to the grooves of disco, funk, and soul. Several DJs had different techniques for creating it – they could do it live, pairing records with beat tracks that included repetitive drum loops. Or they could produce the edits themselves in a studio, crafting the remix beforehand and printing it to a 12” (an increasingly popular practice). Records like Saunders’, as well as tracks like Steve Silk Hurley’s “Jack Your Body,” Cajmere’s “Brighter Days,” and many, many more became the sound of the Warehouse. The club, lovingly nicknamed “The House” by attendees, birthed a new name and new genre – “house” music.

“I didn’t realize it had a name,” Frankie said. “Well, it’s ‘the House,’ it’s what everybody calls it. And I just thought… oh.” The crowd loved the experience of hearing new versions of familiar tracks. “Those edits drove the crowd wild,” Frankie recalled. “You’d be like, I have that album at home, and it doesn’t sound like that. What the hell is going on?” Importes Etc., the local record shop carrying tracks by Knuckles, Saunders, DJ Pierre, and more, is credited with popularizing the name in their shop.

After 5 years of crafting the sound of the Warehouse and developing an eager, loyal following, Frankie had seen the club change. The parties, marred with underage attendees, drug use, and a population that was growing increasingly straight and out-of-control, created an environment that he deemed unsafe. In addition, Williams added that Knuckles was interested in an ownership stake which he wasn’t willing to give. “Frankie was not a businessman, he was an artist,” Williams told Red Bull Radio. “I continued wanting to run the Warehouse but I wasn’t the DJ or the pied piper of the business – Frankie was, and the crowd would follow him wherever he’d go.”

Ultimately, Frankie left the Warehouse in the spring of 1983 to start his own club, the Power Plant. The Warehouse, hampered by more stringent club and bar laws, closed in 1987. Yet, the foundations of house music, soon to explode in the 1980s, were unmistakably laid. The party – started by Knuckles, Williams, and the Warehouse dancers – lives on.

Hear some of the tracks spun by Frankie, Jesse Saunders and more in our official Spotify playlist: 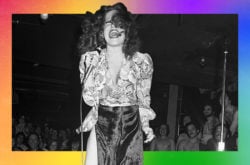 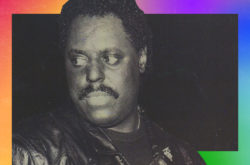 Join us on our exploration of Club Zanzibar, Newark’s historical music venue where the Jersey sound and voguing flourished.