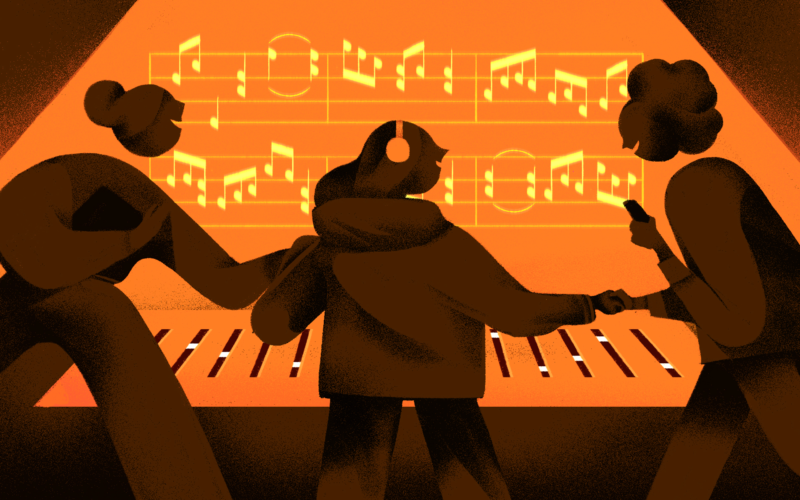 Composing commercial music and music for brands can be a full-time profession (or a helpful revenue stream) in an artist or producer’s career.

By exploring the world of music houses, how to make a composer reel, the art of an email pitch, and this industry’s common deal terms, we can demystify this branch of the music industry. We hope this overview reveals a new avenue that you hadn’t previously considered, or paves the way for your to take action in an area of work you’ve been wondering about. To leave you with inspiration, we’ll conclude with some essential commercial music selections from visionary composers throughout music history.

Composing for commercials vs. licensing

Commercial music is a form in which the narrative arch of a composition is compressed to 30 seconds to a minute at most. Telling a story over such a short timespan requires clever arrangements and captivating sound design. Of course, music for commercials is, like film music, almost always composed to picture with sonic events occurring in synchronization with visual cues.

Licensing, on the other hand, involves music you’ve already written and produced. Music for a film or television placement will often come from a film or network music supervisor, a complex ecosystem that requires its own editorial. Music for brands follows a similar process to composing for commercials, however, and this work flows through what are referred to in the industry as ‘music houses.’

The world of music houses

A music house is a boutique or agency comprised of music supervisors, producers, and sometimes in-house composers who work with ad agencies to create custom music to spec for brands and their advertising campaigns. Music houses often source contributions from a network of freelance composers. Increasingly, music houses depend on them entirely, with no in-house composers on staff.

Among the world’s leading music houses are Walker, MAS (Music and Strategy), and Elias Arts, just to name a few. While their styles and areas of expertise vary, most music houses follow a similar workflow. When a job comes in, music houses reach out to their network of composers with a brief from the ad agency or brand they represent. It’s then up to the composer to submit a demo according to the terms of the deal they propose.

Freelance composers are commonly offered a demo free in the range of $200 – 500 for their submission, depending on the scale of the work. $300 is common and acceptable for a typical 30-second demo submission. Often, if your initial demo appeals to the client but needs a little more direction, you’ll be hired to submit a revision. If one’s submission goes final (if it’s chosen as the final piece), they can be awarded a fee that varies greatly. The composer will also accrue royalties via their PRO (performing rights organization) such as ASCAP, BMI, or SESAC. In the case of a single-use license, as is the case with a fashion show for instance, a one-time licensing fee will be offered and should be no less than $1,000.

Music houses need to be your friends in order for you to obtain work composing on spec. As is the case with many realms of the music industry, connections can be key, but an artful email—even unsolicited—can successfully put your foot in the door. Finding the email addresses is on you, but make sure your introductory email includes:

A demo reel is a video compiling your work as a composer for commercials, film, television, games, etc. — any work composed to picture. If you’re not at the stage where you have a body of this kind of work yet, consider taking on student film projects or friends’ productions. A reel can range from one to five minutes, but think of two minutes as the sweet spot (and the amount of time a producer at a music house will want to spend getting a sense of your work).

Using video editing software like Adobe Premiere or Final Cut, edit about twenty seconds of your best pieces, highlighting crucial moments of the composition and displaying a caption with some context on each piece. Link the reel in your introductory emails and keep it current when you land new spots.

Once you’ve established some relationships with a few music houses, you’ll start receiving some project briefs over email. Work on as many as you can and feel free to get feedback from the music house as you work. Landing a final spot can take a long time and can be thought of as a game of odds. Many composers will only land 5% of the projects they submit demos for, while great composers will still only land about 10%. The positive outlook is that you’ll be earning reasonable demo fees all the while, and when a demo does click, the reward will be significant. One successful placement can afford you months of no-pressure creative playtime. While this work can certainly be done full-time, the flexibility of composing part-time makes it an appealing side-hustle for many artists and producers.

Commercial music as an art form

You might not think of commercial music as an art form, and let’s face it: most commercial music isn’t remembered for its creative integrity, nor is it intended to be. However, there have been special moments throughout music history where sonic visionaries aligned with brands willing to give them the freedom to work with little inhibition.

Raymond Scott was a pioneer of electronic music whose career spans composing whimsical jazz for Looney Tunes to inventing a myriad of electronic instruments, including the world’s first step sequencer. His commercial music has since been sampled by the likes of J Dilla.

Suzanne Cianni is an American musician and west coast synthesist whose work with the Buchla synthesizer made her one of the most iconic sound designers, electronic performers, and composers of all time. Her work spans countless credits on her original albums as well as music for film, television, and the earliest video games made by Atari.

Yasuaki Shimizu’s stunning ambient compositions of the 80s for Japanese brands like Honda and Seiko were compiled and reissued by the excellent Crammed Discs last year. Music For Commercials is a masterpiece as an album in its own right and a testament to the possibility of pushing boundaries in commercial music.

In 1994, Brian Eno was paid £35,000 to compose the ubiquitous start-up tone for Microsoft computers. Considering the six-second duration of this piece, this might be the most lucrative example of musical work for hire on a per-second basis. Pieces like this are called “audio logos,” and can be very interesting work indeed, should you be lucky enough to be asked to compose one yourself.

Do you have any questions about breaking into music for commercials and brands, or a favorite piece of commercial music you’d like to share? Let us know in the comments below. 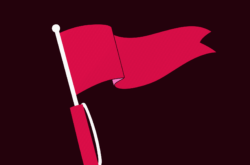 Be aware of these three red flags so that you don’t fall into an unfavorable business deal with a manager, A&R rep, or agent.