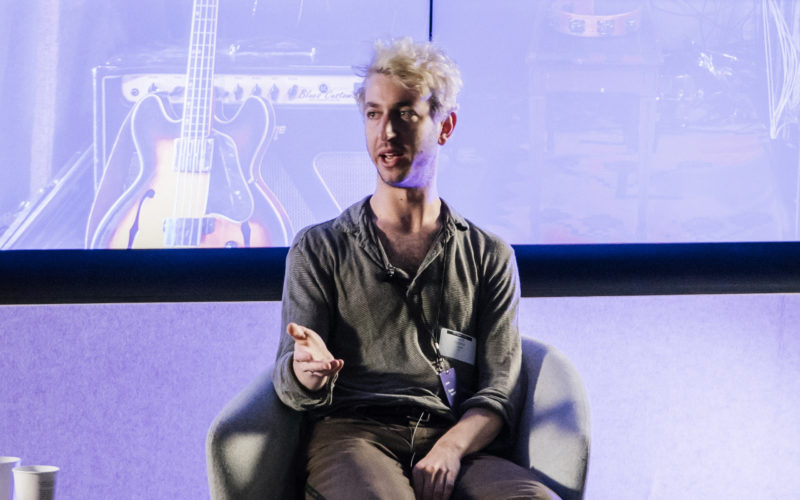 For one of our panel discussions, Sharooz Raoofi (founder of Audiaire and Sample Magic) spoke with Chrome Sparks. Chrome Sparks is a veteran producer who has remixed for the likes of Porter Robinson and The Glitch Bomb, and he has shared the stage with Cyril Hahn, ODESZA, Shigeto, and countless others. Starting his career with sample-based downtempo, he has since gravitated towards the dance floor, producing upbeat electronic tracks that retain his exploratory identity.

Here a few things we learned about Chrome Sparks at the panel.

His modular rack and crafting samples from synths:

“For modular kicks, I’m using a lot of Make Noise modules. The DPO is my oscillator. I have the Harvestman filter (that I love), and I make a lot of drum sounds just with that filter, turning the resonance all the way up with a really short envelope and turning that really deep for kicks. I also like using Erica Synths. It’s like a fusion flanger / delay overdrive-kinda thing where there’s a delay, but it’ll go really tight so that you can get it into these kinda chorus-y flange sounds, and there’s a tube in it and when you turn that up, you get some nice overdrives. So something like overdriven 808-sounding kicks are from that module, with the DPO going through their sine wave. And then you have processing. After the fact I would do some EQing with FabFilter Pro-Q2, maybe some of the Harrison 32C UAD EQ, which I love.”

His process when it comes to starting songs from scratch:

“I think to myself, ‘What if I just do a bunch of different patterns with probably my favorite sound – a percussive sine tone and white noise?’ I think I like it because of the juxtaposition of the purest, clearest thing and all frequencies happening at once… I’ll try making some interlocking 16th note patterns with that. So, I hit record and I just add a bunch of sound effects, you know? Just trying different things.”

“I think with performance, it’s a matter of figuring out, ‘What am I good at? What’s the most effective way for me to show my music to an audience?’ And for me right now, it’s me playing some synths. It’s having my friend play drums with Sunhouse triggers. He puts mesh heads on the drums so you can’t hear them, and then has these advanced triggers where we can put all my samples into his laptop. This is what I feel is best for me now. I’m not sure if it’s always gonna be the case, but I try to have as little backing track as possible. “ 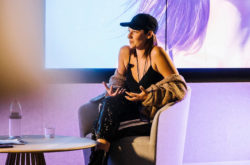 Karra speaks with us on how men can become better allies for women in music, being authentic online, and dealing with rejection. 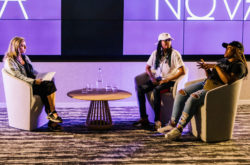 Splice speaks with W&W about their workflow with Ableton Live and more.