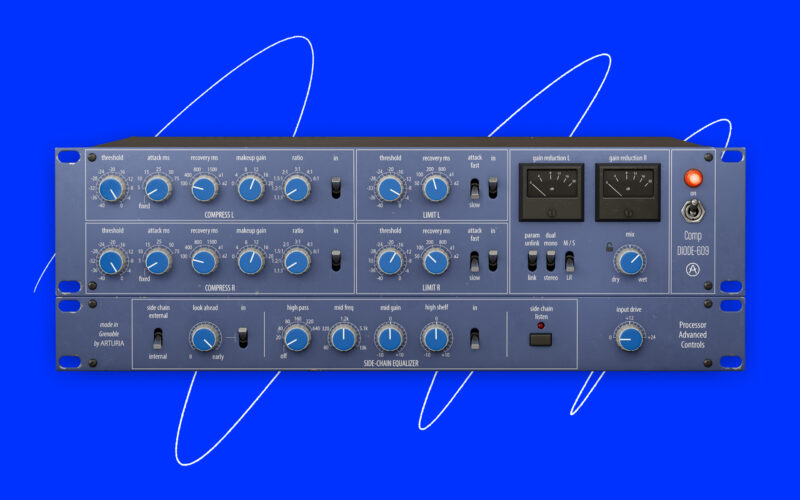 Compression is one of those effects that has countless creative applications.

Whether it’s limiting, de-essing, or multi-band processing, there’s an array of processes involving manipulating dynamics that utilize compression at their core. In this article, let’s explore one particularly useful technique, parallel compression, by taking a look at what it does and why you might want to use it in your music.

The risks of compression

As a quick recap, compression reduces the overall dynamic range of a piece of audio by detecting when it exceeds a designated level, and then attenuating those portions by a designated amount (for a more in-depth explanation, check out our introductory guide to compression here). While compression technically makes things softer, in conjunction with make-up gain we often use the effect to bring elements forward in our mix, or to ‘glue’ things together.

While traditional compression is incredibly useful as-is, one risk we need to always be weary of is over-compression. When the effect is taken too far, compression will wind up removing not only dynamic range on the macro level, but also the instantaneous transients in our music—the short but high-amplitude attacks that add energy to audio. Over-compressing your tracks might make them louder strictly in terms of level, but at the expense of dynamics and excitement, which are often more valuable to the quality of your music (and also play an integral role in perceived loudness).

What is parallel compression?

When used well, the effect allows us to get the best of both worlds: the punch and glue of compression, alongside the transients and dynamics of unprocessed audio. While there are no hard rules for what you can or should apply parallel compression to, the effect is popularly used in mixing to thicken, color, and add cohesion to large and prominent groups like drum buses and vocal stacks.

How to set up parallel compression in your DAW

There are two main ways in which you can apply parallel compression in your DAW: (1) via a manually-created bus, or (2) via the dry / wet knob available in many plugins.

Though slightly more complex, this is what most would consider the ‘traditional’ approach. Basically, you would create a dedicated channel that whatever track(s) you want compressed are being sent to, and apply your compressor plugin on that channel alone. Then, using the track’s fader, you can dial in a modest amount of that signal alongside the unprocessed sound.

While the exact method may differ slightly from DAW to DAW, this approach is generally much easier understood when it’s demonstrated for you—see 0:45 of this video from In The Mix for an example.

This is an approach that’s much simpler that effectively allows you to do the exact same thing. Many modern digital compressors will have a ‘dry / wet’ or ‘mix’ knob that allows you to create a blend between your compressed and bypassed audio.

See the mix knob underneath the meters on Arturia’s skeuomorphic Comp DIODE-609 plugin for example, a new bus compressor that’s part of their FX Collection 2:

Going back to the Comp DIODE-609, we started by dialing in some compression using the plugin on the drums. Regardless of which of the two aforementioned approaches you’re taking, don’t hesitate to go more aggressive on the settings (e.g. low thresholds, high ratios, fast attack and release times, etc.) than you would in any other context here—remember, it’ll be blended in with the uncompressed audio.

For reference, here’s what our compressed drum loop sounds like when the ‘wet’ sound is isolated using the mix knob:

Feels pretty extreme, right? Well, here’s what it sounds like back in the context of our track, when the mix knob is set to just 25% instead of 100%:

While subtle, in this example we used parallel compression to glue together some of the components that were previously jumping out in the drums a bit (like some of the hi-hats), without completely compromising the transients in the process.

Our final settings on the Comp DIODE-609—modeled off of the iconic Neve™ stereo compressor and limiter, this plugin particularly excels at adding its own distinct color to your sounds

What’s really cool is that parallel processing isn’t a concept that’s solely limited to compression. Whether it’s EQ, distortion, or anything in between, blending dry and heavily altered sounds can be a great way to introduce new sonic interest while preserving a piece of audio’s existing core characteristics.

Do you have any questions about parallel compression? What production techniques would you like to see us discuss next? Let us know in the comments below.

Try the Comp DIODE-609 in addition to an array of other top-notch effects plugins in Arturia’s FX Collection 2: 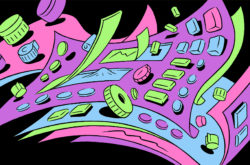 Let’s talk about what skeuomorphism is, how the principle is applied in audio plugins, and why it still matters in 2021 and beyond.