System Of A Down founder Serj Tankian on art and creativity

“The first time I heard Rage Against The Machine, I wasn’t very certain of what Zach was saying,” Serj Tankian recalls.

“But I felt what he was saying – and that’s the intuitive power of music.”

Since establishing himself as the rabble-rousing lead singer and songwriter of System Of A Down over two decades ago, Serj Tankian has tapped into various creative outlets such as solo work, film scoring, visual art, and more. In the video above, he shares some of the greatest creative practices and philosophical learnings he garnered from pursuing his art.

Incorporate Serj Tankian’s sounds into your own productions: 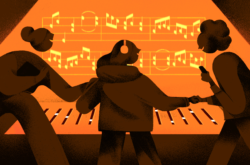