JetsonMade (DaBaby, Jack Harlow) on the importance of developing an authentic sound

JetsonMade is a South Carolina-based producer who has worked alongside everyone from the region’s underdogs to hip hop’s biggest names.

Known for his minimalistic but powerful beats, JetsonMade has crafted hits including DaBaby’s “Suge” and Jack Harlow’s “WHATS POPPIN.”

In the video above, the prolific producer sat down with us to discuss his journey, how he approaches developing his sound, and his thoughts on the upcoming generation of hip hop producers.

What’s your favorite track produced by JetsonMade? Who would you like to see us feature on our YouTube channel next? Let us know in the comments below. 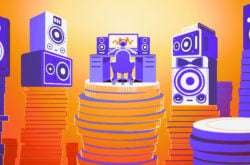